We’ve all dreamed a dream to eat raw cookie doh, without actually having to make it yourself. Its feeling that is carried from childhood to adulthood, to sit over a bowl of freshly made cookie doh and get stuck in. But who can really be bothered to do all the prep work just have some cookie doh to eat. What more is that the pre-made cookie doh you can be buy in the stores that looks like a sausage doesn’t really cut it either.

But thankfully for Melbourne-based siblings Chris, Alex and Jessica Reece, who’s own warm hearted childhood memories of culinary delights, delicious kitchen creations, and endless days of mixing, baking and devouring mouth watering cookies. Have given way to Cookie Doh Co. a ready to eat cookie doh that takes as good as if you made it yourself.

Launching with three flavours Chocolate Chip, Apple and Cinnamon and Triple Chocolate, who could ask for more. Not us because we were lucky enough to have the chance to sample these delectable flavours.

Chocolate Chip
Classic, tastes just like homemade and very tempting to eat the whole thing in one sitting! 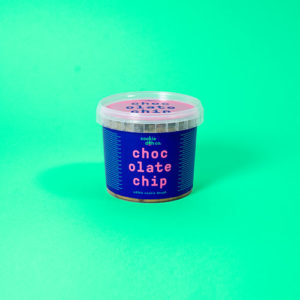 Apple and Cinnamon
Tastes like an apple pie except cold, with chucks of apple that make it all worth it and just hit of cinnamon to give it a bit of spice. 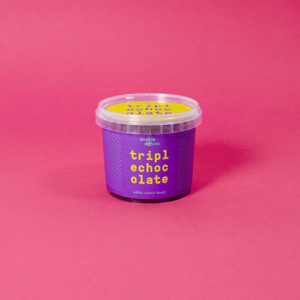